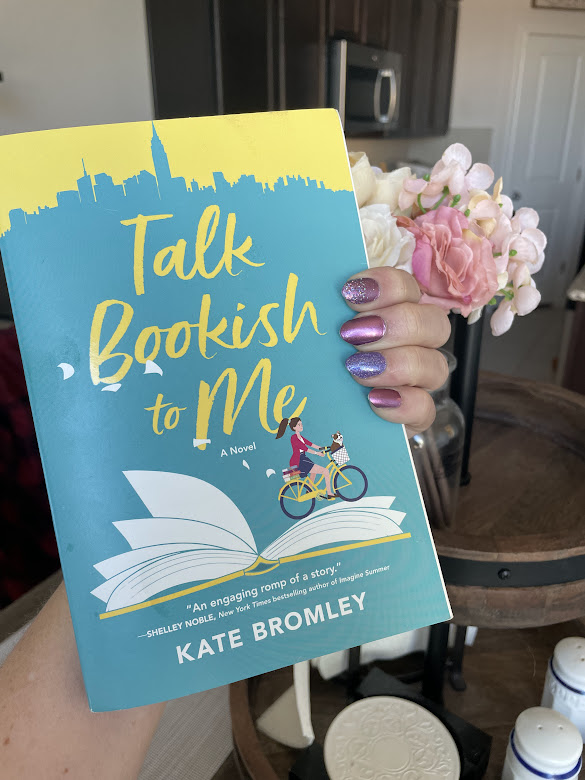 Is there a genre of books that you typically tend to avoid? For me, it’s romance. Although I enjoy watching chick-flicks and other romantic movies, I prefer to spend my time reading other genres. Not to say that I don’t always enjoy reading them when I do, but there are certain scenes that I tend to skim over (you probably know which ones I’m talking about).

Nevertheless, I always try to read a romance in February (’tis the season, you know?) to branch out a bit and give literary romance a chance. And sometimes, I am pleasantly surprised. The past two years for book club I read The Kiss Quotient and Beach Read and enjoyed both of them (even though The Kiss Quotient was fairly racy!). So when I received Talk Bookish to Me at my book club’s Holiday white-elephant- book exchange, I knew I would save it for February.
What I didn’t know, what that when I left this book out on the living room couch, my 6-month old puppy, Loki, would eat the first two chapters.

Luckily, I had already read the first two chapters so there was no info lost on my part, but I do hate for a book to be ruined. Now I can’t loan this one away to anyone or anyplace. I did yell at him, but he is still a puppy and learning what he can and can’t chew on.
But on to the review!

Kara Sullivan is a romance novelist with a bit of writer’s block and a quickly approaching deadline. On top of that, her best friend is getting married next week and she just found out that her first love from college is in the wedding party. She is not his biggest fan, but quickly finds that he gives her the inspiration she needs to write her novel.

Talk Bookish to Me was a cute story for the beginning, but I did find it predictable. I don’t mind a good second-chance romance, and it read like a chick-flick (with a few racy scenes). I really did like how Kara’s character explains romance novels to Ryan, explaining the various tropes and how they’re not all the same. This, to me, helped open my eyes a little to the art and planning that goes into romance novels, and appreciate them a little more (since I typically avoid them). I also liked some of the banter between Kara and Ryan, and of course, the bulldog. I also liked that Kara was a bookstagrammer.

That being said, I didn’t really care for the writing in this book. At first it was lighthearted and funny, but then it seemed like everyone was extremely witty, which is not very believable. I don’t like the book within a book trope so I didn’t enjoy those parts. I also don’t like how the forced proximity trope was executed. And I just cannot get behind their relationship after the secret is revealed.

I did not like Ryan. He is not a redeemable character in my eyes, and I never warmed up to him at any point in the book, which made the romance a bit frustrating for me to read. The last 20% of the book just had me super annoyed and I did not care for the ending. I guess I see others enjoying this book, but to me the writing was sub-par and the last 20% was too much of a disappointment.

2022book reviewromancetalk bookish to me
February 18, 2022 By whatjoread
0
A History of What Comes Next by Sylvain Neuvel Review The Final Girl Support Group by Grady Hendrix Review 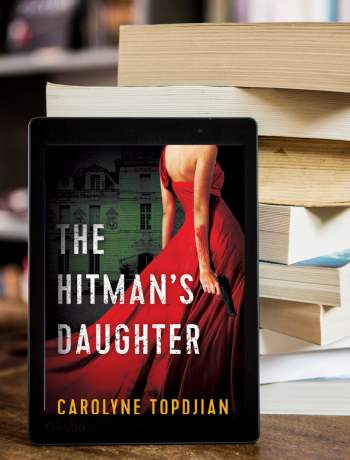 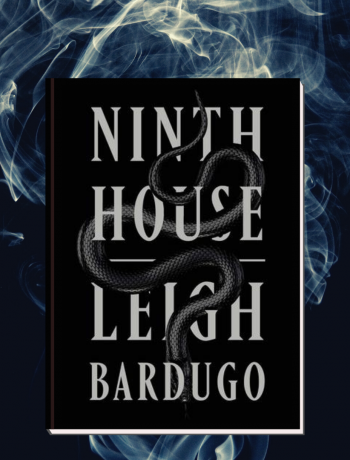 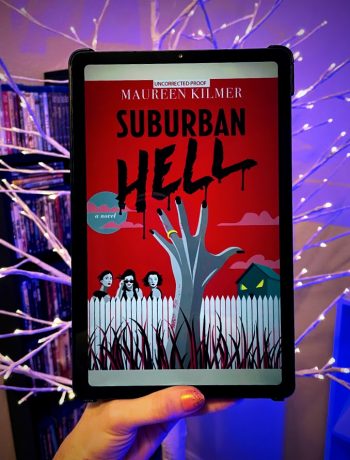